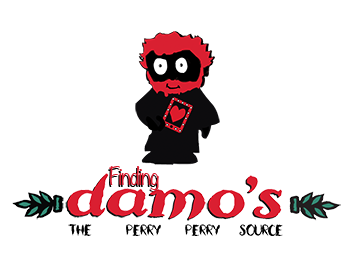 Archive for the category “piracy”

A pirate’s life for me!

Australians everywhere cursed the day that Foxtel bought the rights to Grand Designs UK. Well, I say Grand Designs UK. I mean Game of Thrones. We cursed, and yet, around the water cooler on the day after each episode was released in the States, there was in-depth discussion on the plot of the episode.

Piracy takes a huge toll on the entertainment industry. It is romanticised or belittled by the various “pirates”:

“I’m striking a blow for Australian viewers! If they were faster getting it to us, we wouldn’t have to download it!”

“It’s exactly like watching it on TV, just at a different time.”

I’m not here to argue the rights and wrongs of video and music piracy. At the moment, piracy – downloading TV shows, movies, music and games without paying for them – is illegal and therefore I want you to start a dialogue with your sons, my piratical students.

On every second USB that is left in a computer room, there can be found albums of music, seasons of television and entire new release movies. So it’s a problem, and the solution is:

“Talk to your child about it!”

Who is hurt by the theft of music, movies and TV shows?

Consider the artists, producers, designers, actors, marketing people and the product itself. If nobody buys a TV show, then the TV show is cancelled.

What are the dangers to your household?

Because of the popularity of file sharing and lack of policing, it is a haven for viruses and explicit content. Unscrupulous people will distribute viruses named after the latest episode of a popular TV show, but with a different extension. Peer-to-peer (P2P) networks are used for distribution of illegal pornography and there is no guarantee that the video you want is the video you’ll get. Not to mention the more mundane problems of horrible quality videos and TV dubbed into Scandinavian with German subtitles.

Secondly, do you know what your monthly download limit is? If you have a limit, you may be eligible for extra charges if you go over that limit. Otherwise, your speed will be severely limited and slow Internet is an excellent way to test family relationships.

What are the possible consequences of illegally downloading?

Usually, if you are caught downloading, you’ll receive a notice from your ISP saying that a certain company has noticed you illegally distributing content and asking the ISP to make you stop. The ISP will usually give you a warning, but after that, you could lose your Internet account and be blacklisted.

It is important to realise that because you are downloading from the Internet, you are not just dealing with Australian law, and you could be prosecuted by agencies outside of Australia. It’s rare for an Australian to be prosecuted, unless they are deliberately making money from distribution, but not unheard of, and fines can extend into hundreds of thousands of dollars for serious offences.

What are the legal alternatives?

Almost every TV station has their own TV streaming app or website to allow you to watch TV and movies in your own time. ABC’s IView is an excellent example. It’s free to download and often has content available before it is shown on regular TV.

Apple TVs, Chromecasts and other set top boxes provide cheap and varied entertainment. There are also movie streaming companies like Quickflix, and Telstra and Optus both have their own movie streaming services.

Please, take the time to talk to your children about the possible dangers and moral issues involved in illegally downloading content from the Internet. And don’t tell me what happens at the start of Season 5 Game of Thrones!